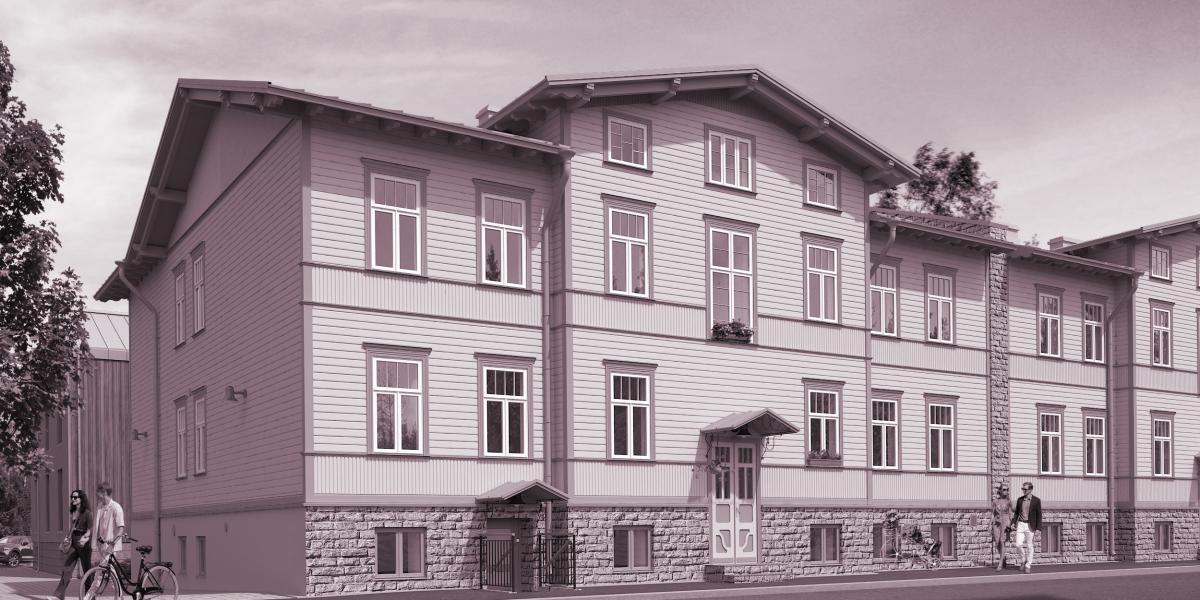 Toom-Kuninga 26 buildings are situated in the atmospheric area of Uus Maailm. Renovating the historical building and planning the modern building in the courtyard, we focused on the idea of sensibly blending into the existing environment, where strong spatial context is created in majority by the wooden housing from the change of the 19th to the 20th century, and contrast is added by the modern buildings across the Toom-Kuninga street. While planning the renovation of the historical building, our goal was to preserve and restore its authentic architectural looks, therefore the focus was on the details from which the general visual look is generated from. The interiors of the building were completely replanned and modernized, as well as all the technical systems servicing the new homes. The modern house in the courtyard is by its form a mirroring from the historical house. As a result, a private courtyard with a playground and resting area was created between the two houses. The courtyard building speaks the language of modern architecture, but shares a common part with the surrounding wooden housing by form and material use: the shape of the roof, wooden façade and rhythm of the windows interlock with the existing historical buildings.

When creating the buildings and external premises we aimed to create a cozy environment, where the new and old are joined in harmony.